The exam is conducted to evaluate the knowledge and ability of a candidate. At PRAADIS, a candidate will get complete information about the upcoming NDA and NA exam. Where cadets of all three services receive training together before the Army, the Navy and the Air Force, they go to the respective Service Academy for pre-commissioned training. Completing such an exam requires complete dedication, and we here are trying to provide complete information to fulfil your dreams.

The National Defence Academy is a joint service academy and a centre of excellence for preparing junior leaders for the Indian Armed Forces. The training troops have been equipped with mental, moral and physical characteristics, aiming to win in traditional, non-traditional and asymmetrical conflicts to face the challenges of future war zones. NDA & NA Examination (I), 2020 and NDA & NA Examination (II), 2020 was held on the same date conducted by UPSC i.e. 06.09.2020(SUNDAY). For detailed information regarding the dates of all the courses, candidates can visit the websites of Ministry of Defence 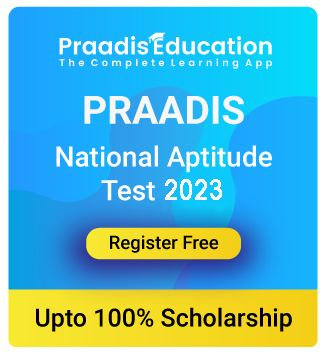 The National Defence Academy is a joint service academy and a centre of excellence for preparing junior leaders for the Indian Armed Forces. The training troops have been equipped with mental, moral and physical characteristics, aiming to win in traditional, non-traditional and asymmetrical conflicts to face the challenges of future war zones. NDA & NA Examination (I), 2020 and NDA & NA Examination (II), 2020 was held on the same date conducted by UPSC i.e. 06.09.2020(SUNDAY). For detailed information regarding the dates of all the courses, candidates can visit the websites of Ministry of Defence

The NDA and NA exam was conducted twice a year by UPSC, and it includes a written test and SSB Interview.

REGISTRATION PROCESS: The registration process is done in 2 parts:

As per Nationality-The below candidates are eligible to appear in NDA exam:

2. Education- 12th class or appearing are eligible to appear in the exam.

4. Until their training is complete; the candidate cannot marry. If the candidate is found married after the application, the candidate will not be selected for training and is liable to refund all the expenses incurred by the government.

5. Candidates who have previously failed the CPSS / PABT exam are eligible for Air Force in the ground duty branches.

6. Candidate should be physically fit according to physical standards mentioned in Appendix-IV.

7. Candidates who are not eligible:

STO get into NDA, candidates have to clear the written test first. After clearing the written examination, he will receive communication from the commission for the SSB interview. This interview will take 5 days. After that, candidates will have to undergo a medical test.

After following all the above procedure, candidates will get a final merit list. The pattern of the NDA Exam as follows:

Marking Scheme and Number of Questions: The total number of questions is 270, and the total marks candidates can get is 900. Duration of exam: 2Â½ Hours for each paper (Paper I - Maths and Paper-II- General Ability Test).

Instruction to be followed in the examination hall:

SYLLABUS OF THE EXAMINATION

Representation of real numbers on a line. Complex numbers-basic properties, modulus, argument, cube roots of unity. Binary system of numbers. Conversion of a number in decimal system to binary system and vice-versa. Arithmetic, 19 Geometric and Harmonic progressions. Quadratic equations with real coefficients. Solution of linear inequations of two variables by graphs. Permutation and Combination. Binomial theorem and its applications. Logarithms and their applications

Types of matrices, operations on matrices. Determinant of a matrix, basic properties of determinants. Adjoint and inverse of a square matrix, Applications-Solution of a system of linear equations in two or three unknowns by Cramer's rule and by Matrix Method.

Angles and their measures in degrees and in radians. Trigonometrical ratios. Trigonometric identities Sum and difference formulae. Multiple and Sub-multiple angles. Inverse trigonometric functions. Applications-Height and distance, properties of triangles.

Integration as inverse of differentiation, integration by substitution and by parts, standard integrals involving algebraic expressions, trigonometric, exponential and hyperbolic functions. 20 Evaluation of definite integrals-determination of areas of plane regions bounded by curves-applications.

The syllabus given below is designed to indicate the scope of these subjects included in this paper. The topics mentioned are not to be regarded as exhaustive and questions on topics of similar nature not specifically mentioned in the syllabus may also be asked. Candidate's answers are expected to show their knowledge and intelligent understanding of the subject.

Motion of objects, Velocity and Acceleration, Newton's Laws of Motion, Force and Momentum, Parallelogram of Forces, Stability and Equilibrium of bodies, Gravitation, elementary ideas of work, Power and Energy. Effects of Heat, Measurement of Temperature and Heat, change of State and Latent Heat, Modes of transference of Heat. Sound waves and their properties, Simple musical instruments. Rectilinear propagation of Light, Reflection and refraction. Spherical mirrors and Lenses, Human Eye.

Natural and Artificial Magnets, Properties of a Magnet, Earth as a Magnet.

Static and Current Electricity, conductors and Non-conductors, Ohm's Law, Simple Electrical Circuits, Heating, Lighting and Magnetic effects of Current, Measurement of Electrical Power, Primary and Secondary Cells, Use of X-Rays. General Principles in the working of the following:

Difference between the living and non-living. Basis of Life-Cells, Protoplasms and Tissues. Growth and Reproduction in Plants and Animals.

Elementary knowledge of Human Body and its important organs. Common Epidemics, their causes and prevention.

Food-Source of Energy for man. Constituents of food, Balanced Diet. The Solar System-Meteors and Comets, Eclipses. Achievements of Eminent Scientists.

A broad survey of Indian History, with emphasis on Culture and Civilisation.

The Earth, its shape and size. Lattitudes and Longitudes, Concept of time. International Date Line. Movements of Earth and their effects.

Origin of Earth. Rocks and their classification; Weathering-Mechanical and Chemical, Earthquakes and Volcanoes. Ocean Currents and Tides Atmosphere and its composition; Temperature and Atmospheric Pressure, Planetary Winds, Cyclones and Anti-cyclones; Humidity; Condensation and Precipitation; Types of Climate, Major Natural regions of the World. Regional Geography of India-Climate, Natural vegetation. Mineral and Power resources; location and distribution of agricultural and Industrial activities. Important Sea ports and main sea, land and air routes of India. Main items of Imports and Exports of India.

Knowledge of Important events that have happened in India in the recent years. Current important world events. Prominent personalities-both Indian and International including those connected with cultural activities and sports.

Strategies to prepare for NDA exams:

As this exam consists of 2 phases, so we need to prepare accordingly for that exam.

To start preparation, the candidate must first free their mind from all the distractions and stresses related to studies. After that, candidates can plan their studies. To relax their mind, the candidates should try meditation, and it will be helpful for them to start their preparation to begin anew.

For the time being, try to avoid TV, Mobiles and Games. At least when you are studying. It will help you to learn without being distracted.

Check out the syllabus:

Before planning a study, you need to check the syllabus first and then try to start with the most weighted topic/subject. Try not to cover everything in one day. Give yourself time to understand things and then study accordingly.

Planning will help you organize and manage time. This will make your study easier. Being organized will help you to study the way you plan, and only then you will be able to complete the course on time.

Focus on your strengths:

It is the most important part of your preparation. Previous years question papers and mock tests can help you focus on your strengths. By regularly practising those papers, you will be able to know your strengths where you can score high and on which part you still need to work hard.

When you realize that all your syllabus is about to end, then the candidates have to take the previous studies topics and try to revise daily, so that they do not forget what they have during the early days of their preparation.

The result Of NDA 2 will be announced on September 14 by the Union Public Service Commission (UPSC). The UPSC will prepare a list of candidates who scored minimum qualifying marks in the exam shall appear to SSB and Physical test.

The NDA Final result will be declared after the written test and SSB Interview. Candidates can check the NDA result on the UPSC website, which will be displayed in pdf format. Candidate can search their roll numbers and see their result. If they found their roll numbers in the list have qualified the exam.

All the candidates who have successfully passed the written examination will have to register themselves with the Directorate General for recruitment on the website www.joinindianarmy.nic.in. Through this website above, candidates will be allotted selection centres.

National defence academy is a dream destination for all aspiring military boys, where cadets of 3 services - the Army, the Navy and the Air force are equipped with mental, moral, and physical characteristics aimed at leading soldiers.

Who conducts the NDA exam?

When was the NDA exam held?

From where one can enrol for NDA?

Candidates have to go to upsconline.nic.in to enrol for NDA and NA exams.

What is the procedure to fill the online application form?

When can candidates get their admit cards?

Candidates get their admit cards almost three weeks before the exam begins.

What is the age criteria to appear in NDA & NA exam?

Who can all apply for NDA Exam?

The below candidates are eligible to appear in NDA exam:
(a) A citizen of India, or
(b) A subject of Nepal, or
(c) A subject of Bhutan, or
(d) A Tibetan refugee who came over to India before 1st January 1962
(e) Persons of Indian Origin
(f) Overseas Citizens of India

No, only unmarried male aspirants can apply for this post.

What is the educational qualification required to appear in the NDA exam?

: 12th class or appearing candidates are eligible to appear in the exam

Can females apply for NDA exams?

Which candidates are not eligible to appear in the NDA exam?

How often does the NDA exam conduct?

The NDA and NA exam is conducted twice a year, and it includes a written test and SSB Interview.

Will NDA exam has descriptive questions?

NDA has only objective type questions.

Is the calculator allowed in NDA exam?

NO, the calculator is not allowed in the NDA exam.

Can we use any colour pen for giving NDA exam?

Only black ball pen is allowed to give the exam.

What is the duration of NDA exam?

Duration of exam: 1 Hours 30 minutes for each paper (Paper I - Maths and Paper-II- General Ability Test).

How is the NDA exam conducted?

How is the NDA exam selection process done?

Does height matters in NDA exam?

What happens in NDA medical test?